When Jacqueline mentioned an idea she had to help prevent hanging basket theft I was very interested having suffered such theft myself. With only the odd mention in between times, it was several weeks before she called for me to go and look at how she had built on her idea.

I arrived at her home to be shown a basket wall bracket, hanging precariously off a door handle in her sunroom, with an empty hanging basket suspended from it. She then placed what looked like a hook/figure of eight, around the ring on the basket and bracket. I must confess, very rarely have I had a “light bulb moment”, but this was just such a moment and I said, without thinking, looking at and pointing at the ‘gadget’ … “Now, THAT WILL WORK!”

Jacqueline has since worked extremely hard, continuing to refine her invention over several months, to have prototypes produced, carrying out rigorous tests along the way. Major attempts to remove the hanging basket by force have failed. “Baskit Geni” really does maintain a vice-like grip and refuses to allow any opportunist thief to remove and run off with what are expensive additions to our gardens.

I have no hesitation in attempting to inspire you to purchase and welcome “Baskit Geni” into your garden, however many hanging baskets you have, (the more the prettier)! With “Baskit Geni” to keep them safe and secure for many years to come it is a cheaper option than having to replace the baskets and all the plants, that’s for sure!! 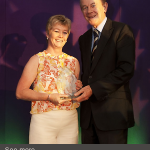 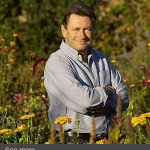 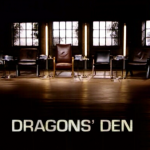 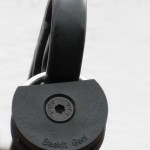 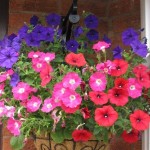 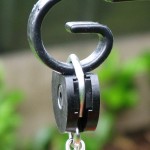 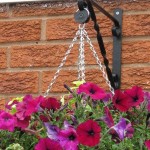 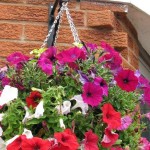 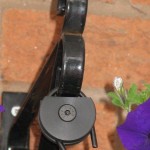 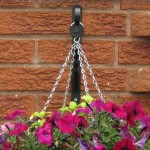 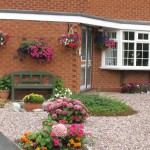